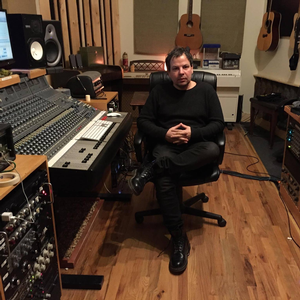 Carli Beguerie has worked with many other fellow producers and engineers around the world,and has 20 years of experience in the field.

He has also toured Mexico,Central and South America,as well as Europe as a live sound engineer for different bands and artists.

Currently working as Studio Manager at SIR studios NYC, having the chance to work on a daily basis with productions such as, Sting, Paul Mac Cartney, The Strokes, Blondie, Kendrick Lamar, Common, Beyonce, The XX, Depeche Mode, Madonna, Lady Gaga, U2 , Cyndi Lauper, Gorillaz, Megadeth, Elvis Costello, etc...
As well as making any songwriting and arrangement adjustments, Carli ,is also in charge of live sound,recording ,mixing and mastering concentrating on the technical aspects of recording, working in his own studio and venues,or wherever the production might take him.


The term ‘music producer’ means different things to different people. Some are musicians, some are engineers, some are remixers,some are all of them.
So what does a music producer actually do ?
In very pragmatic terms, the producer is a ‘project manager’ for the recording, mixing and mastering process.
He has an overall vision for the music, the sound and the goals of the project, and brings a unique perspective to inspire, assist and sometimes provoke the artists.
The producer should make the record more than the sum of it’s parts – you could almost say he is trying to create musical alchemy.
Every producer brings different skills and a different approach, and this can make what they do difficult to summarise. The studio is an instrument, and the producer knows how to “play” it , working late into the night to create a mysterious sonic masterpiece.