Over the years, I have always been intrigued with the evolutionary technical developments that influence the tools and workflow processes used by live soundmixers. Let’s face it: learning about the gear, and understanding how to get the most out of it when we set it up and operate it, is one of the things that attracts us to professional audio in the first place. In the early days of concert sound reinforcement, every system operator needed to have an in-depth understanding of how the basic components of a sound system worked, in order to wrestle the best mix possible out of a hastily-erected portable rig that was likely being operated ‘right on the edge’ of potential failure in less-than-optimum acoustical environments.

As I look at and listen to today’s complex and refined sound reinforcement systems, I often think back to AES papers that helped improve my own understanding of how systems worked when I was first learning the craft. I remember those golden ‘ah-ha!’ moments that can occur when one studies a carefully researched document over and over again, or attends a live presentation at an AES Convention paper session: “So that’s how it’s done!”, we think to ourselves, as we appreciate the inventive skills of thoughtful innovators, and better yet, have time to study the shared knowledge that AES papers can bring to a broad group of readers. To gain even the most basic, foundational understanding of how the various audio product categories work together in a live sound system, from mics to mixers to amps to speakers, will obviously require much more than reading a mere ten papers from the AES archives. But for anyone who wonders about how some of the early platforms have evolved into today’s modern systems, these seminal papers, ranging from Ramsey’s clear explanation of cardioid microphones in 1959 to Ureda’s exhaustive 2004 overview of line array system performance, will help any interested reader make sense of a complex and intriguing topic. As with Alex Case’s Collection, my favorite list of ten just has to be "turned up" to eleven! So many great paper topics. Read and appreciate.

I still remember helping a retired broadcast engineer set up a basic sound system at age 12, and being allowed to gingerly hold the all-important and rather fragile microphone. Even then, I wondered about the mechanical details: why was it shaped in that manner? What were those slots on the body used for? While Ramsey’s paper did not describe the very first cardioid mic, it does give a clear explanation of how such devices work. It explains how DI (Directivity Index) factors influence the emphasis of desired on-axis vocal sounds, and the rejection of unwanted noises coming from other directions. And this, of course, can lead to more detailed investigations of polar-plot geometry.

Today, a wide variety of professional loudspeakers for live sound use are available as ‘active’, or self-powered systems. So much so, that many take this innovation for granted. It is one thing to design a self-powered loudspeaker as a stand-alone product. But it is quite another to envision and build, an entire concert-capable array of such devices. In the 1970’s, this was quite a rarity. Since that time a great deal of work in this field, including the integration of dedicated electronics into road-worthy multiway speaker enclosures, has been undertaken by many to create the robust, reliable products in use today for concert tours worldwide. Siniscal’s early work with Spectrasonics, and the market introduction of thoughtful, commercially-viable self-powered loudspeaker designs over three decades ago, is but one example of how things were done once upon a time. The innovative ideas revealed in this AES paper from 1972 are still relevant today.

Speaking of amplification: throughout the 1970’s and 1980’s, amplifier manufacturers struggled to keep up with the ever-increasing demands for “more power” from the growing concert sound reinforcement industry and its on-the-road need for higher-wattage, reliable amplification. Popular vendors like BGW, Carver and Crown competed as if in an arms race, each seeking to create and provide ever-more powerful rack-mounted amplifiers. The more refined R&D programs among the leading manufacturers focused not only on higher output ratings, but also went to work on more sophisticated protection circuitry, and developed reliable testing methods for use in evaluating different design topologies. This paper from Stanley and McLaughlin revealed several key design tradeoffs in power amplifier design while explaining test and evaluation methodologies. It’s an excellent primer. 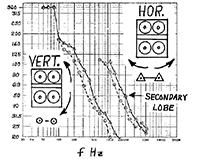 As power amplifiers were being designed to deliver higher wattage levels, touring and rental sound companies worked on proprietary loudspeaker enclosure designs. Each sought a competitive edge that might be derived from a unique combination of port size, baffle loading, box dimensions, transducer choices and such. Whether to go with horn-loaded or direct-radiating enclosures was the topic of many a late-night debate in sound shops around the globe. Oftentimes the decision about which direction in which to proceed was based upon opinion rather than fact. That all changed in 1976 with Keele’s methodical investigation into various low frequency enclosure designs. Referring to the recently-revealed “efficiency constant” of R. Small, the well-explained comparative experimental measurements in this paper formed the basis of what would become a must-read AES paper of the day. And the research still rings true today.

It is now possible to purchase a complete, factory-built large-scale PA system on nearly every continent. Everything from pre-manufactured snake cables to mixing consoles to pre-configured electronics racks and road cases, along with modular loudspeaker system arrays, can be acquired as if from a department-store shopping list. Such was not always the case. In the 1970’s, numerous entrepreneurial touring sound companies designed and built from scratch nearly all items used for live shows, from the mixing console to the amplifiers to the speaker system. At the time it was published, this paper gave an interesting insight into the practical aspects of designing and deploying portable concert sound systems. While it may seem simplistic now, the fundamental considerations that were faced by industry pioneers such as Heil Sound helped to explain in this paper the new field of portable, high-level sound reinforcement to a broader audience of the day.

As the low-frequency reproduction requirements of popular music became more imperative, there was a need for better knowledge about how to improve VLF capabilities of sound reinforcement systems without increasing the size of individual enclosures to impractical dimensions. One of the best explanations of the various design tradeoffs when low frequency systems were being assembled was given in Engebretson’s 1984 paper on the topic. Highlighting the by-then almost universally acknowledged Thiele-Small parameters, and including a clear and practical explanation of mutual driver coupling along with the benefits of increased transducer density, this paper includes a frank conclusion about the frequent failure of low frequency transducers in many sound systems of the day: “…an added benefit from this design approach is in system reliability. When loudspeaker components are operated within safe mechanical and thermal power limits, failures for any reason become highly unlikely and become matters to take up with loudspeaker or amplifier manufacturers’ warranty departments…”.

Over the course of many years, a broad spectrum of audio measurement systems and tools has been developed to aid the concert soundmixer and his or her supporting system engineer. While early practicioners relied upon ears alone, the subsequent development of the RTA (Real Time Analyzer) created a must-have tool for every touring sound system. Some inquisitive researchers such as Meyer looked for ways to devise higher-resolution measurement methods so as to better understand the behavior of sound reinforcement systems in the spaces where they were used. If better tools existed, it was hypothesized that one could more accurately identify how specific room modes were affecting the live sound of a show in real time, as experienced by the audience. This might lead to more precise equalization techniques. As history has shown, such investigations were worthwhile. This paper details the genesis of what would become Meyer Sound’s SIM (Source Independent Measurement) system. It provides food for thought, useable by anyone interested in what can be done about how systems and rooms interact. 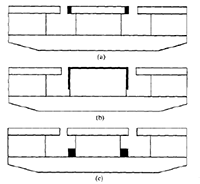 “To make sound, you must move air.” Thus begins this paper on the various design aspects of a typical moving-coil loudspeaker. Many papers have been written on the subject of loudspeaker transducer components, both their design and measurement. What I have always appreciated about this paper by Gander is the clear, methodical explanation of the various design considerations that must be taken into account when designing such devices (motor force, suspension force, peak displacement limit, etc.). It has long been my opinion that anyone who operates a sound reinforcement system will achieve the best, most consistent results over time if he or she has a working knowledge of the basic components contained within the system. That certainly includes the loudspeaker transducers, those air-moving devices in a sound system located like engines ‘under the hood’. This paper is a good place to start when one is seeking to understand how the magnet, coil and cone interact with each other. 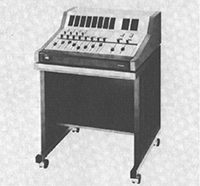 As this is written in 2015, digital mixers have become ubiquitous for live sound reinforcement. From small-scale, inexpensive units to multi-layer flagship consoles, the digital mixing console has surpassed its analog predecessor in most live sound domains. Such devices, now common, were once an extreme rarity, and it was in the recording studio environment that early models first emerged. In this paper from 1980, Sakamoto, Yamaguchi and Kurahashhi (Matsushita Electric Industrial Co. Ltd.) give an overview of an early professional digital audio mixer. The paper is useful for its simple, easy to understand diagrams and clear explanation of the mixer’s functionality in the analog and digital domains. Any system operator or mixer product designer desiring a historical look back at early examples of such audio devices will enjoy this paper.

As the design and development of increasingly useful digital audio consoles proceeded over time, and as the power of the personal computer was linked to such mixers, there was a natural increase in the software-based attributes of the product design process. This paper by Holton, Settel and Hamamatsu (Yamaha Corporation) provides an excellent and user-focused explanation of how the various audio mixing console parameters and user features were developed. Issues addressed in this paper include EQ Snapshots, an Effects Editor and multiple console control with audio cascading flexibility. This foundational audio mixer with its remote control capabilities set the stage for an entire new generation of similar devices from many other equipment manufacturers. It’s a useful primer on the basic functionality of such equipment.

Perhaps the most common loudspeaker system format in use for live sound reinforcement today is the line array. The practical benefits of this type of system when deployed in the field are often implied and assumed, but the underlying reasons for same are not so often fully understood. And, there are as many narratives about the supposed unique benefits of one system over another, as there are brands that offer them for use by the industry. To fully understand the underlying acoustical physics that affect the ultimate performance of such systems requires more mathematical investigations than most of us are comfortable with. Fortunately, the author of this paper has “done the math” to explain what makes different versions of this system format behave as they do. Ureda gives a factual explanation of what directivity results can be expected from differently-shaped line source arrays, ranging from straight-line sources to arc sources to J-shaped and progressive sources. If you are responsible for setting up or operating such loudspeaker systems, and want to know more about sound-wave propagation characteristics, this is as good an overview as I have found.