The AES Historical Committee presents a humorous look at what it means to be a recording engineer. You think of it as "a big radio."

An educational filmstrip with synchronized audio, produced by Guidance Associates in 1972, as part of the series "Career Discoveries." The filmstrip centers around sound engineer Bill Brueckner, who worked at Reeves Sound Studios in New York City. Bill's work day described in the filmstrip involved putting the sound together for a TV commercial. The filmstrip shows images of a 1970's  sound-for-picture studio in action. Brueckner is shown working in two separate studios at Reeves. The studio where the commercial was made was the more modern studio. The console appears to be custom-made, probably using Langevin faders and internal parts. The second studio shown, where Brueckner is recording a voice-over later in the filmstrip, is older. Visible there are a Fairchild full-track tape machine, an Ampex 300 full-track, plus a very old mono console. 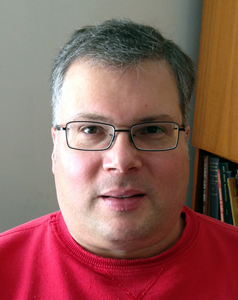 
Abstract:
In the late 1950s and early 1960s, a new market emerged for ultra-high fidelity recordings. Once cutting and playback of the stereo LP were brought up to high quality levels, buyers of this new super-realistic format wanted ever more "absolute" sound quality. The notion emerged, first with Everest Records, a small independent record label in Queens, to use 35mm magnetic film as the recording and mastering medium. 35mm had distinct advantages over tape formulations and machines of that time---lower noise floor, less wow and flutter, higher absolute levels before saturation, almost no crosstalk or print-through, etc. Everest Records made a splash with the first 35mm LP masters not connected to motion-picture soundtracks but quickly faltered as a business. The unique set of recording equipment and the Everest studio remained intact and was used to make commercially successful 35mm records for Mercury, Command, Cameo-Parkway, and Project 3. The fad faded by the mid-60s as tape machines and tape formulations improved, and the high cost of working with 35mm magnetic film became unsustainable. The original Everest equipment survived to be used in the Mercury Living Presence remasters for CD. Just recently, the original Everest 35mm recordings have been reissued in new high-resolution digital remasters. This presentation will trace the history of 35mm magnetic recording, the brief but high-profile fad of 35mm-based LPs, and the after-life of those original recordings. We will also look at the unique set of hardware used to make the vast majority of the 35mm LPs. The presentation will be augmented with plenty of audio examples from the original recordings. 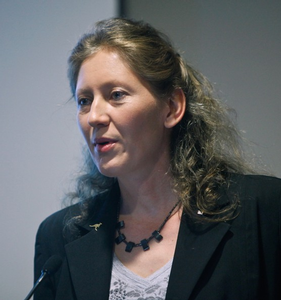 A Contribution to the History of Field Tape Recording, 1939-1940

Nadja Wallaszkovits will discuss the restoration, transfer, and digitization of a unique collection of folk music recorded during 1939-1940 in the rural areas and mountain villages of Portugal by the folklorist Armando Le--a, in collaboration with National Radio (Emissora Nacional). Her presentation will open with a short introduction of this important field research project, which resulted in the first known collection of recordings documenting rural musical practices from nearly all regions of Portugal. Thereafter, she will present a historical overview of early magnetic tape developments and the birth of audio tape recorder technology, focusing on the characteristics of the individual tape machine used by Armando Le--a. The problems of carrier handling, restoration, and transfer of these valuable original tapes will be discussed, along with the judicial use of signal enhancement during the playback process.

Jim Webb discusses his pick of "12 Microphones that Changed History".   A detailed writeup of Jim's picks is here.

A look at Emory Cook, stereo recording pioneer and inventor, and his operations in Connecticut.

The website of TapeOp Magazine contains many articles and interviews about the craft of recording.

The in-house newsletter from Bill Putnam's empire in its heyday

The Search for Roy DuNann