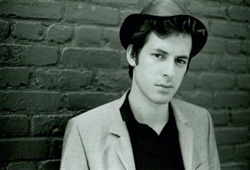 Budgets have shrunk, retail is on life support, studios are evaporating, audiences are taking music at will … And yet resolute professionals continue to make records for a living. How are they doing it? How are they getting paid? In a world where the CD has become an artists’ ‘business card,’ how will producers and mixers derive participatory income? Are studio professionals being left out of the so-called 360 deals?

Producing Across Generations: New Challenges, New Solutions—Making Records for Next to Nothing in the 21st Century: Moderated by independent producer/mixer Nicholas Sansano (NYU) and indie producer/engineer Jesse Lauter (James Blood Ulmer, Smokey Hormel) – This panel joins a group of rising young producers and seasoned vets in a freewheeling discussion about empowerment and controlling their own destiny.

The 127th AES Convention will be held at NY’s Javits Convention Center Oct. 9 – 12, 2009. For a comprehensive Calendar of Events click on: http://www.aes.org/events/127/calendar/calendar.cfm