The Album As An Art Form – The Artist’s Perspective – Tips, Tricks & Tales 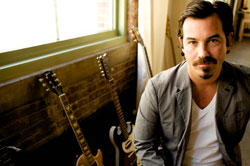 NEW YORK: Artists on both sides of the control room window will participate in the AES 127th Convention Platinum Panels.  Set for Oct. 9-12 at NY’s Javits Center, the event will attract thousands of industry professionals. This year, in a departure from previous Platinum panel formats, Chair Paul Verna is adding a performers’ perspective to the mix. In addition, the Platinum Mastering panel will focus exclusively on landmark recordings. A former journalist for Billboard and Mix Magazine, Verna is co-author of The Encyclopedia of Record Producers, and a senior entertainment analyst with eMarketer.

“Paul Verna has produced a number of successful Platinum Panels,” remarked Convention Chair, Agnieszka Roginska. “His network of industry relationships has served him well in his role as our Platinum Chair. This year’s introduction of top recording artists into the Platinum Artists panel will expand the view from a primarily technical focus to encompass the musician’s perspective of the recording process.”

Platinum Artists – The Artist’s Perspective: Moderator, Mr. Bonzai, acclaimed journalist and author and a panel of such renowned artists as Duncan Sheik, Jonatha Brooke, and Maiysha will explore the artists’ perspectives on the recording craft — what the studio means to them; how they choose facilities, producers and engineers; what they look for in the artist-producer relationship; how the recording environment informs their creative process. Joining the panel will be Kevin Killen, Bob Clearmountain, and Scott Jacoby, producer/engineers who helped bring the artists’ musical visions to life.