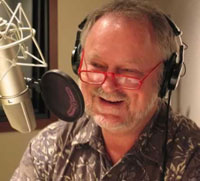 In making the announcement Convention Chair Agnieszka Roginska remarked, “While the focus of our conventions are largely technical in nature, we are delighted to provide our attendees with an opportunity to enjoy a discourse by a broadcaster celebrated for his performance behind the mic rather than behind the control room window.”

Entitled Talent Doesn’t Push Buttons, Mr. McGlaughlin’s address will consider the relationship between the on-air talent and the audio engineers who insure the high-quality sound and technical support that contribute to a program’s long-term success.

In 2003 McGlaughlin began hosting Exploring Music a WFMT daily radio program showcasing great works of classical music. Every week the widely popular show explores a single classical music theme in hour-long daily episodes. McGlaughlin’s unique brand of information-laced enthusiasm has drawn praise for instilling a sense of classical music appreciation within an audience that has grown to over 500,000 listeners. Beyond his career as a broadcaster and music educator, he is an accomplished orchestral musician, classical composer and conductor

In 2004 Exploring Music garnered McGlaughlin, the Lifetime Achievement Award from Fine Arts Radio International. He has co-hosted the nationally syndicated radio series Center Stage from Wolf Trap since its inception in 1999, and since 2007 has hosted the nationally syndicated Concerts from the Library of Congress radio series. Among his many awards and honors are five ASCAP Awards for Adventurous Programming; the 1990 Deems Taylor Award (ASCAP) for Saint Paul Sunday; a 1990 Honorary Doctorate from Westminster College; and a 1995 Peabody Award for Saint Paul Sunday.