The AES D&I Committee has achieved a lot since its inception in December, 2016.

We published a document called Guidelines for Conventions and Conferences, meant to assist organizers plan diverse and inclusive events.

We helped evolve the AES Code of Conduct to a policy that makes all of AES a safe environment for everyone: whether attending or hosting an AES event; participating in official online forums of the AES; volunteering, serving on a committee, or mentoring in an AES capacity, The Code of Conduct is easily accessible on most AES landing pages in the bottom frame.

We partnered with the University of Lethbridge to provide in-kind support in the form of translation services and dissemnation of their "Microagressions in the Studio" survey.

At AES New York in 2019, evidence of our initiatives and influence could be seen on the exhibit floor, in panels and workshops. 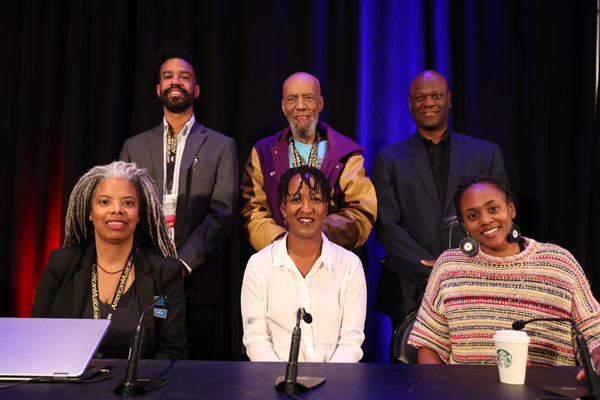 African Americans in Audio panel (Paul "Willie Green" Womack, Jay Henry, Prince Charles Alexander, Abhita Austin, Ebonie Smith) : African Americans have contributed to the popular music recording industry in a number of ways, and although their achievements are visible, their representation at technical conferences and on the exhibit floor is less so. Topics included a technological pedagogy for hip-hop education and dispelling the stereotype that African-American engineers are only able to work in “Black Music” genres. Womack also chaired AES' first R&B and Hip Hop track.

SoundGirls held mentoring sessions at the SoundGirls booth and foyer area, as well as "What it Takes to Have a Successful Career in Audio" at the Project Studio Expo Recording Stage in the exhibit hall.

Keynote speaker Grandmaster Flash gave the audience some insight into his "Quick Mix Theory" and was awarded an honorary membership.