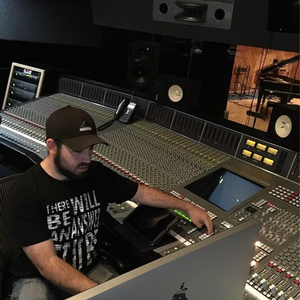 Rick Torres is a mixer, producer, songwriter, and engineer based in Los Angeles, California. A passion for music and production led him to relocate to the US from his native Costa Rica in 2000, where he graduated with a Bachelor of Commercial Music from Shenandoah University in Virginia. After graduating, Rick relocated to NYC, where he began working as a producer and engineer, drumming for several local acts, and eventually opening up his own studio in Queens. In 2014 Rick relocated to Los Angeles, where he currently lives and works as a producer and engineer.

Known for his ability to call upon a diverse skill set to suit a client’s needs, Rick’s body of work includes recording, mixing, and production of dozens of music records by signed and independent artists, scores of foreign language dubbing and localization projects, as well as a consulting role as the Music Systems Administrator for Physique57, a high-end fitness company based in NYC with locations across the world. Currently Rick writes and produces music as part of the LA songwriting team, The Fix, in addition to writing and placing music on several national TV shows.