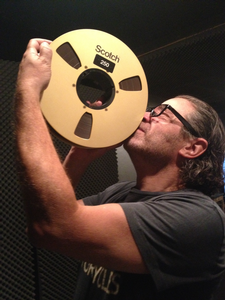 Adam Moseley began his career at Trident Studios in 1978 as a chef and builder. Over the next four years he moved quickly through the ranks of teaboy, tape-op, and assistant engineer to engineer and producer, working on records with Kiss, Rush, Rod Stewart, Jack Bruce, Tina Turner, and others. After a stint in New York, Adam returned to Trident in 1984 to help set up Trident II studios. Adam now lives in LA where he has worked with artists such as Beck, The White Stripes, John Cale, and U2.