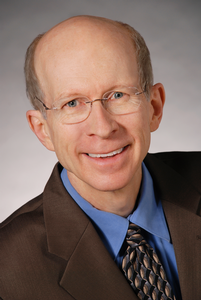 John Strawn has since childhood straddled the two worlds of engineering and audio, starting with piano lessons and learning to solder. He received the B.Mus. degree from Oberlin in 1973, where he also worked in the analog electronic music studio. He went to Berlin in 1973 to study musicology on a Fulbright, and also found his way into Tonmeister classes. In 1976 he traveled to Japan, where he performed and conducted independent research in electronic music with an IBM Watson Fellowship. After receiving the Ph.D. from Stanford in 1985, Dr. Strawn was a member of the The Droid Works/Lucasfilm. Starting in 1987 he helped found Yamaha Music Technologies, an American R&D wing of the Japanese music instrument manufacturer. Since 1992 Dr. Strawn has been active in his consulting practice (S Systems), specializing in digital audio, computer-generated music, and digital signal processing as programmer and expert witness. He has published articles in the JAES and served on the review board. Several local chapters have invited him to give lectures. At various conventions he has chaired sessions and given presentations. He chaired the 1987 Fifth International Conference on Music and Digital Technology. From 1992-1994 and 2005-2007 he served on the Board of Governors, and was named Fellow in 1996. For the conventions in 1992 and 2002 he was papers co-chair. He presented the keynote address at the 1996 convention. More recently he served as commitee chair of the 117th convention (2004), 121st convention (2006), and co-chair of the 125th convention (2008), all in San Francisco.

Sep 30: PD3: What Happens in a Patent Lawsuit (Presenter)