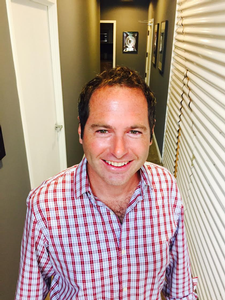 Matt Marrin is a Grammy-winning sound engineer with deep roots in music production and theatrical movie sound design and mixing. He has dedicated the past 5 years to building immersive 3D sound technology for headphones, and recently co-founded Hear360+ with his business partner Greg Morgenstein. Their mission is “to make the digital world sound incredible!” Marrin has worked extensively on the development of psychoacoustic audio algorithms for consumer electronic devices, video game platforms, and car audio systems. As an audio engineer for over 18 years, he recorded and mixed albums for countless platinum selling recording artists, is a Grammy winner and has received multiple nominations. In addition to recording and mixing, he has consulted for such companies as DTS and Sonos, and helped them to sculpt the sound of their audio products for the best possible consumer experience. He has worked with production duo Jimmy Jam and Terry Lewis as Chief Audio Engineer, and with some of the music industry’s most sought after artists and musicians, including Janet Jackson, Usher, Chaka Khan, and Gwen Stefani.

Sep 29: B1: Immersive Audio Absorbing Radio and TV Audiences in 2016 and Beyond (Panelist)