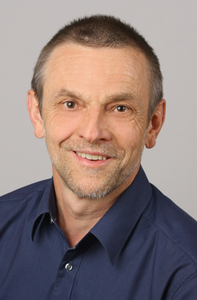 The Richard C. Heyser Memorial Lecturer at the 134th AES Convention is Wolfgang Klippel. The title of his presentation plays on the challenge of engineering small loudspeakers that can also be loud, have high efficiency and low distortion. While the basic construction and principle of the moving coil loudspeaker has remained unchanged for a century, our understanding of its operation and limitations has increased very considerably. Modern signal processing techniques, coupled with careful design of the magnet, voice coil and suspension, can be employed to create small drive units that have an optimum trade-off between the crucial design factors. An understanding of the perceptual effects that arise from these design trade-offs helps to bring about loudspeakers that not only measure well but sound good. This is particularly important as compact devices such as mobile phones demand more and more quality from tiny loudspeakers in minimal enclosures.

Wolfgang Klippel studied electrical engineering at the University of Technology of Dresden, After graduating in speech recognition, he joined a loudspeaker company in the eastern part of Germany. He was engaged in research on transducer modeling, acoustic measurement and psychoacoustics. In 1987, he received a PhD in technical acoustics. After spending a post-doctoral year at the Audio Research Group in Waterloo, Canada and working at Harman International, Northridge, CA he went back to Dresden in 1997 and founded Klippel GmbH which develops novel kinds of control and measurements systems dedicated to loudspeakers and other transducers. In 2007 he became professor of electro-acoustics at the University in Dresden. He is an AES Fellow, holds the AES publication award of 1993 and the ALMA Titanium Driver Award.

The loudspeaker is the weakest part in the audio chain. This statement might be true because the electro-acoustical transducer is one of the remains of the analogue era still using a moving coil and a diaphragm, much as it was a century ago. A more important argument is the low efficiency of the loudspeaker generating more heat than sound power output while adding undesired distortion to the output signal. The transducer, enclosure and other acoustical elements increasingly determine the size, weight and cost of the audio system because electronic parts become smaller or are replaced by digital signal processing.

At the moment there is no alternative transduction principle which is mature enough to compete with the conventional techniques. Therefore the moving coil as the best practice is preserved and interlaced with new ideas provided by research, design and manufacturing. This evolutionary process also results in significant progress in the absence of a revolutionary change. The development of smaller loudspeakers for personal audio equipment, automotive and professional applications is a visible example of this process. The generation of sufficient acoustical output at acceptable quality requires higher amplitudes in the mechanical system and pushes the working range to the physical limits.

The cultivation of large signal transducer performance is the central topic in this lecture. In the eighties the nonlinear and thermal modeling of the transducer attracted the interest of more and more researchers eventually resulting in a reliable theory. The theory has been evaluated by fitting the models to real transducers and measuring the large signal parameters dynamically. This identification technique requires only the electrical signal at loudspeaker terminals and uses the back EMF for sensing the velocity of the voice coil. Adaptive measurement techniques using the loudspeaker itself as sensor have been developed to monitor the behavior of the loudspeaker in normal applications (e.g. car) while reproducing music or other audio signals. Recorded parameter variation and state variables (e.g. voice coil displacement) reveal the ageing of the suspension and the impact of the climate.

The nonlinear and thermal parameters open a new way for loudspeaker diagnostics because these parameters describe the properties of the loudspeaker itself without the interaction with a stimulus (e.g. test signal, music). Numerical simulation tools (e.g. FEM) applied to magnetic and suspension systems show the relationship between material, geometry and the nonlinear parameters. However, only a measurement can reveal an offset in the rest position of the voice coil caused by suspension parts made out of fabric, rubber, foam and other visco-elastic material.

Operating loudspeakers at high amplitudes increases the risk of damaging the loudspeaker. The large signal model provides all state information (e.g displacement and temperature of the voice coil) indicating a mechanical and thermal overload of the transducer. In woofers the motor and suspension nonlinearity is used to limit the maximum peak displacement and to prevent the voice coil from bottoming. New measurement techniques have been developed to detect a rubbing voice coil, loose particles and other loudspeaker defects which produce impulsive distortion unacceptable to the human ear. The measurement of harmonic and intermodulation distortion cannot provide a comprehensive description of the large signal behavior as it reveals only symptoms of the nonlinearities depending on the choice of the stimulus. In contrast, the extended large signal model can be used to predict all state variables and the output signal for an arbitrary input signal. The effect of each nonlinearity and cooling mechanisms can be analyzed and design choices can be evaluated before the first prototype is finished. Novel auralization techniques make it possible to enhance or attenuate different kinds of signal distortion by a user defined scaling factor and to assess the audibility and impact on sound quality by listening tests or perceptual models. The closer link between physical and perceptual assessment opens new ways for defining the target performance of an audio product more accurately in marketing, developing products at optimal performance-cost ratio and for ensuring sufficient quality in manufacturing. This optimization process leads to more or less nonlinear transducers having a clearly defined (regular) nonlinear characteristic. Distortion may become audible for a critical stimulus but is accepted in a trade-off between maximum output, efficiency, size, weight and cost. The main objective in taming the transducer nonlinearities is the motor stability, to keep the voice coil in the gap and to gain maximum peak to peak displacement. Asymmetrical curve shapes of the nonlinearities are reduced to avoid a DC-displacement of the coil generated by a nonlinear rectification process which reduces efficiency and may cause bottoming of the voice coil.

Portable applications where power consumption and battery capacity is an issue will require transducers with the highest efficiency and minimal use of resources (e.g. neodymium-magnet). Such a “green” speaker is a highly nonlinear speaker using a motor topology where the voice coil exploits the magnet field in the gap and gives the highest force factor value Bl(x) at the rest position x=0. Unfortunately, the varying force factor Bl(x) generates significant intermodulation distortion throughout the audio band if the voice coil is displaced and windings leave the gap. This undesired side-effect of an efficient motor structure can be compensated by an inverse nonlinear preprocessing of the electrical input signal. The control algorithms use the large signal transducer model and identify the parameters adaptively. By merging electro-acoustics and signal processing the loudspeaker becomes a self-learning system providing optimum performance over the lifetime of the audio product. Certainly, this is not the last step in the evolution of the loudspeaker ...