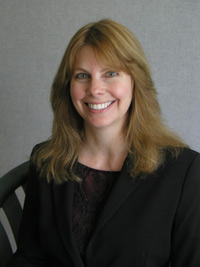 SAN FRANCISCO: Guiding the 129th AES Convention Committee on their journey to the “Bridge To The Future,” which will culminate at SF’s Moscone Center Nov. 4-7, are Committee Co-Chairs Valerie Tyler and Jim McTigue.  AES Executive Director Roger Furness considers these team leaders outstanding co-pilots for the upcoming event.  “Both Valerie and Jim are long-term AES champions who have participated regularly in previous convention as well as local section events.  We are fortunate to have the benefit of their creative, managerial and technical skills at the helm of this year’s Committee,” Furness comments.

Valerie Tyler has been active in the AES since 1993, and has served on seven convention committees in positions ranging from Convention Co-Chair to Workshops, Special Events, Tutorials & Master Classes Co-Chair.  Ms. Tyler studied music at UC Santa Cruz, the music/recording industry at San Francisco State University, and electronic music, digital audio, digital video, web design, and graphic design at College of San Mateo. She currently holds the position of Webmaster at College of San Mateo. She previously worked as an audio editor and as a freelance live sound engineer.

Jim McTigue has labored in the Acoustic, Broadcast, and Professional Audio fields for over 35 years, and currently heads his own Impulsive Audio Consulting firm. Beginning his career at NY’s legendary A & R Recording Studios, McTigue has served at Altec Lansing, API, Broadcast Technology, Euphonix, Radix Systems, and at NY’s famed Sigma Sound Studios. McTigue holds a B.S. in System Engineering from the Polytechnic Institute of NYU and an M.S. in Industrial Engineering from the University of Oklahoma. He is a member of the AES, ASQ, IFQ, IEEE, IIE, NARAS and SBE.

The Audio Engineering Society was formed in 1948 by a group of concerned audio engineers. The AES counts over 14,000 members throughout the U.S., Latin America, Europe, Japan and the Far East. The organization serves as the pivotal force in the exchange and dissemination  of  technical information for the industry. For additional information visit http://www.aes.org