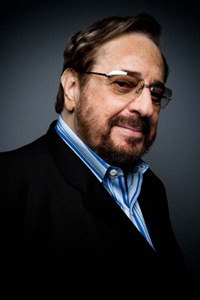 Entitled “Technology and Music Meet Again,” Ramone’s presentation will focus on the continuing partnership that technology and music have enjoyed throughout the years. In reviewing the evolution of the recording industry Ramone will illustrate how technological innovations have revolutionized the musical experience for the fan, and the production process for the producer, engineer and artist.  Ramone will also address the issue of how the exponential pace of technology has lead to the industry’s current state of chaos.

A vastly prolific music producer/engineer, Phil Ramone has earned over thirty Grammy nominations, 13 Grammy Awards and, an Emmy. He produced the first CD album and the first pop DVD. He has worked with such superstars as Billy Joel, Sheryl Crow, Barbra Streisand, John Legend, and Tony Bennett.

The Heyser Series is an endowment for lectures by eminent individuals with outstanding reputations in audio engineering and its related fields. The series is featured twice annually at both the United States and European AES conventions. Established in May 1999, the Richard C. Heyser Memorial Lecture honors the memory of Richard Heyser, a scientist at the Jet Propulsion Laboratory, who was awarded nine patents in audio and communication techniques and was widely known for his ability to clearly present new and complex technical ideas. Mr. Heyser was also an AES governor and AES Silver Medal recipient.