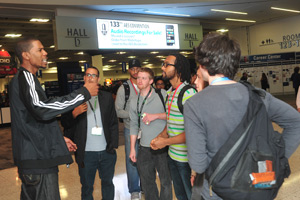 A prolific producer/engineer/A&R wizard, Young Guru has amassed credits for more than a dozen Platinum hip hop classics including Jay-Z’s The Black Album, Life & Times of S. Carter, and The Blueprint; Kanye West’s The College Dropout; Ghostface Killah’s FishScale; Nellyville, Drake’s Thank Me Later and Beyonce’s Crazy In Love.  In 2011 he was a Grammy nominee for his work on the Alicia Keys/Jay-Z Empire State of Mind smash hit.

A highlight clip of Young Guru’s AES Convention experience may be viewed here: 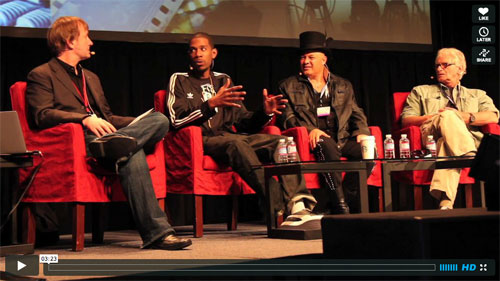 With over a decade of Grammy-winning projects for Roc-A-Fella and Def Jam Recordings, Young Guru is committed to sharing his knowledge, and experience.  He lectures extensively, and has established the Young Guru Scholarship Fund for students pursuing careers in Communications, Audio Engineering, Music Education and Music Business.

About Young Guru Revered as “The Sound of New York,” Young Guru has over a decade of experience in sound engineering, production, and A&R for the acclaimed Roc-A-Fella Records and Def Jam Recordings. Most recognized for shaping some of the biggest talent in hip hop, he has mixed 10 of Jay-Z’s 11 albums, and officially became Jay-Z’s tour DJ in 2010. For more information on Young Guru visit: www.djyoungguru.com