In recent years it has become more common that files destined for digital distribution (iTunes, Tidal, Spotify, etc.) find their way to vinyl release. During this session a brief description of digital distribution release formats and channels, as well as vinyl as a media will be provided. Mastering engineers will discuss differences and specifics of mastering for each of them, as well as commonalities. Discussion will be supported with playback of audio examples.


Producing great vocals of course requires the best gear chain of microphone, mic pre, etc., as well as a good acoustic space. But what about all of the factors that have nothing to do with gear: atmosphere, drama, mood, psychology, phrasing, coaching, and preproduction? And what about practical considerations like scheduling, comfort level, doubling (or not), harmony, “comping” vs. complete takes, and simply recognizing the peak vocal performance? Our panel will examine these “extra-technical” considerations in getting that great take. 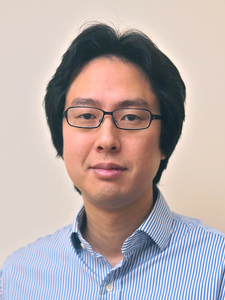 
3D surround audio formats aim to produce an immersive soundfield in reproduction utilizing elevated loudspeakers. In order to use the added height channels most optimally in sound recording and reproduction, it is necessary to understand the psychoacoustic mechanisms of vertical stereophonic perception. From this background, this tutorial/demo session aims to provide an overview of important psychoacoustic principles that recording engineers and spatial audio researchers need to consider when making a 3D recording using a microphone array. Various microphone array techniques and practical workflows for 3D sound capture will also be introduced and their pros and cons will be discussed. This session will play demos of various 9.1 sound recordings, including the recent Auro-3D and Dolby Atmos release for the Siglo de Oro choir.


Several formats with height channels have been proposed, such as NHK's 22.2 channel system and the Auro 3D system, which are included in ITU-R BS.2159 standardized in 2012. Recording techniques for these 3D audio formats often include omnidirectional or cardioid microphones settings at certain distances (so-called spaced distribution array). Since these methods require much work for the setting, many methods have been proposed that expand the conventional stereo one-point microphones settings such as ORTF-3D, OCT-3D, Triple M/S Array. Recently Ambisonics is also the focus of the industry attention. In this workshop we compare the differences in impression due to the differences in settings of recording technique of these 3D audio techniques through actual recording examples and discusses how we can accomplish both convenience and aesthetics. 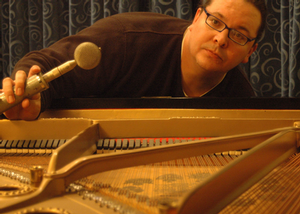 
Recordists shape timbre through the coordinated use of several different signal processors. While equalization is a great starting point, the greatest tonal flexibility comes from strategic use of additional timbre-modifying signal processors: compression, delay, reverb, distortion, and pitch shift. This tutorial defines the timbre-driving possibilities of the full set of studio effects, connecting key FX parameters to their relevant timbral properties, with audio examples that reveal the results. This multi-effect approach to timbre enables you to extract more from the effects you already use, and empowers you to get the exact tones you want.


Jim Anderson and Ulrike Schwarz have spent the past year recording and mixing music in high resolution and in immersive formats from New York to Norway to Havana. This presentation will highlight that work. 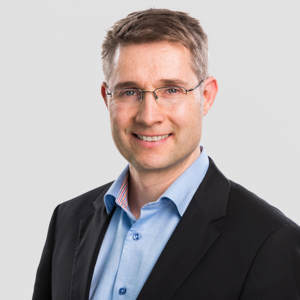 
Today's synthesizers produce almost exclusively mono and stereo sounds. Anyone who wants to implement productions for 3D audio must therefore compose corresponding sounds manually. The creation of multichannel sounds requires solid knowledge of psychoacoustics. Impressive 3D pad sounds can be constructed using very similar sounding stereo signals. And a meaningful assignment of sounds in the 3D space is subject to a number of rules. During the presentation, the most important basics of psychoacoustics, which are responsible for an impressive sound of 3D sounds, will be illustrated. In addition, methods how to create corresponding 3D sounds for a dance track, so that they can be played as 3D sounds directly from a keyboard, will be described. Various sound and video examples will be shown.


Venue, ensemble and performers, musical material, engineer's/producer's vision, equipment available, purpose, and logistics. All of these things influence the choices a live recording or live sound engineer makes when planning and recording or reinforcing a live concert or event. Join our panel of live event recording and sound engineers as they discuss how and why they chose the techniques they used for varied classical, jazz, and other acoustic music situations and play some of the results for you. Material and situations presented will range from entry level non-professional ensemble events to professional productions.


We would like to present collaboration between a sound engineer involved in spatial audio perception and ambisonic processing (Pawel Malecki) and a composer, arranger, and musician (Szymon Aleksander Piotrowski). Szymon's music, electronic project "ANTON," relates to interstellar travel and man's desolate journey through the universe. Spacious and three-dimensional thinking during composing inspired Pawel and Szymon to introduce these music concepts in 3D sound using ambisonics. This session includes playback in multichannel system, description of tools used, implementation and mixing process, technical, creative and aesthetic choices during the design process. Part of project "ANTON" (in stereo) is available at: https://www.youtube.com/watch?v=Ae8pwQQFFwY&feature=youtu.be

Workshop: W19 - Microphones—Can You Hear the Specs? A Master Class


There are numerous microphones available to the audio engineer. It's not easy to compare them on a reliable basis, often the choice of the model is made on the basis of experience or perhaps just habits—or just because it looks nice. Nevertheless, there is valuable information in the microphone specifications. This master class held by well-known microphone experts of leading microphone manufacturers demystifies the most important microphone specs and provides the attendees with up-to-date information on how these specs are obtained and can be interpreted. Furthermore, many practical audio demonstrations are given in order to help everyone to understood how the numbers relate to the perceived sound.


In head-tracked binaural audio, the two-channel output is produced by a real-time convolution of a limited number of sources with HRTFs. There are elaborate systems that measure the HRTFs of each individual source. More general solutions define a grid of sources on a sphere. An arbitrary source is then mapped to this grid of sources based on the (higher-order) Ambisonics principle. With this method-utilized by many state-of-the-art binauralizers-it is possible to binauralize stereophonic virtual loudspeakers without performance problems. The workshop will give examples of stereophonic techniques for VR production and will show a workflow suggestion using practical examples. The advantages of using conventional stereo microphone arrays instead of first-order Ambisonics microphones will be shown.


To engage (new) audiences, orchestras and opera houses around the world are experimenting with new and often simultaneous modes of distribution, emerging formats, and new technologies-for example, VR, 3D audio, and "live from…" simulcasts. Consequently, classical productions today often need to be captured in a manner that can be repurposed in a multitude of formats. This panel will consider how workflows and aesthetics are changing to embrace new possibilities for classical music. We will review what audio engineering programs are doing to cover both established recording techniques and modern approaches; and also discuss how educators can anticipate future eventualities. What do audio engineering students need to know now to innovate in classical music recording tomorrow?

Workshop: W22 - 10 Years PLOUD in Europe—The Past, Present and Future


In 2008, the European loudness group PLOUD was founded within the EBU, the European Broadcasting Union. A dedicated tribe of audio enthusiasts set out to conquer peak normalization and its detrimental effects on basically everything, but specifically on audio quality and listener satisfaction. Much has been been achieved in the 10 years since its gestation—but there remain a few loose ends; this was to be expected during such a fundamental change of the way audio is treated.
Florian Camerer, Eelco Grimm, and Matthieu Parmentier are all core members of PLOUD and share different aspects of the work done, being done and to be done.

Florian in his role as the chairman of PLOUD is giving a brief overview of the major changes that have already happened and are now well established. Loudness normalization is now the norm in TV, but other areas in broadcasting are still lagging behind, most notably Radio. An outlook will be given on the most burning issues in this area, under the light of the recent work of AES on Recommended Practices for Streaming.

Eelco will offer a brief update about the work on Loudness in cinema. Topics that will be touched are the relationship between overall electric loudness and the dialog level, some data about acoustic playback levels of movies and the master fader level setting at film festivals, and efforts to come to a new standard for trailers and commercials.

Matthieu will present a view on the activities of France Televisions, also targeting the tricky terrain of loudness in an object-based production environment

Tutorial: T20 - Before the Studio: The Art of Preproduction


Preproduction is as essential to the success of music productions as it is to the success of any film or television show. So why do so many young producers skimp-on or even skip preproduction? This panel will take a look at the preparation of both the act and the act’s material for the recording process. We will focus on lyric and melody as well as musical arrangements and instrumentation. 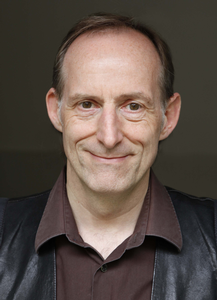 
Music has not a cinematic approach where spaceships are flying around the listeners. Nonetheless, music can become a fantastic spatial listening adventure in Immersive / 3D. How this sounds will be shown with the new Kraftwerk (Grammy nominated) and Booka Shade Blu-ray releases this year. Production philosophies, strategies, and workflows to create Immersive / 3D in current workflows and DAWs will be shown and explained.


Mixing Virtual Reality (VR) content such as 360° Film can be a frustrating job. Current workflows either show an equirectangular projection of the 360° film or just a small portion of the full view on regular 2D Displays, next to the common DAW environment. A representation of the audio objects as an overlay may help to map the object to the correct visual location, but is not a replacement of viewing the film with a head mounted display (HMD). We present a new workflow that enables the engineer to mix object based audio directly in VR without leaving the HMD.


Multichannel loudspeaker setups as well as Virtual Reality applications enable Spatial Sound to be reproduced with large resolution. However, on the recording side it is more complicated to gather a large spatial resolution. Various concepts exist in theory and practice for microphone arrays. In this workshop the different concepts are presented by corresponding experts and differences, applications as well as pros and cons are discussed. The different array solutions include coincident and spaced Ambisonics arrays as well as Stereophonic multi-microphone arrays. 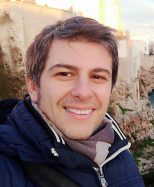 
This tutorial aims at introducing a new paradigm for interpreting 3D audio in acoustic environments. Intelligent acoustic interfaces involve both sensors for data acquisition and signal processing methods with the aim of providing a high-quality 3D audio experience to a user. The tutorial explores the motivations for 3D intelligent interfaces. In that sense, the recent standardization of the MPEG-H has provided an incredible boost. Then, how to design 3D acoustic interfaces is analyzed, involving ambisonics and small arrays. Moreover, the main methodologies are introduced for the processing of recorded 3D audio signals in order to "provide intelligence" to interfaces. Here, we leverage the properties of signal processing in the quaternion domain. Finally, some examples of 3D audio applications are shown involving intelligent acoustic interfaces.