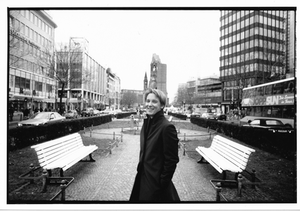 Ulrike holds a Diplom-Tonmeister degree from Universität der Künste Berlin, Germany, and will receive her MBA from Technische Universität München, Germany, in February 2014. She has studied jazz piano at Berklee College of Music, Boston, MA, studied the New York recording scene in the mid 90s and worked as audio producer and engineer for the Yale School of Music, CT. She has been with Bayerischer Rundfunk for over a decade and currently holds the position of senior engineer. In recent years she has been specialising in large ensemble recordings, oratories and operas in stereo and multichannel, mostly with the renowned Symphonieorchester des Bayerischen Rundfunks (Bavarian Radio Symphonie Orchestra).