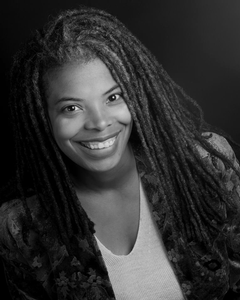 Leslie is proud to be from Dayton, Ohio. She studied classical piano as a child. Many of her young years were spent in a Montessori setting. At Chaminade-Julienne High School, she played in Jazz Lab Band (piano and keys), Chorus (Piano Accompanist), Marching Band (Snare, Marimba), Symphonic Band (Percussion) and String Ensemble (Double Bass).

Leslie enrolled in Indiana University in 1987 to pursue an A.S. degree in Audio Technology and a B.A degree in Telecommunications. She recorded many operas at IU, including “Tales of Hoffman” and “The Barber of Seville”, and assisted Dr. David Pickett on Claude Baker's “Omaggie e Fantasie” work for double bass.

Shortly after graduating in 1991, Leslie was hired at National Public Radio in Washington, D.C. as a Broadcast / Recording Technician. She worked on many shows, such as “Morning Edition”, “All Things Considered”, “Talk of the Nation” and “Performance Today”.

In 1995 Leslie moved to Denver to work for Colorado Public Radio, putting together hundreds of weekly features during her 7-year career. In 2002, along with Kelley Griffin and Dan Drayer, she earned the 2002 Radio and Television Digital News Association’s Edward R. Murrow Award for Large Market Documentary.

In 2002, Leslie began working at Post Modern Company in Denver, Colorado, restoring soundtracks for classic Sony / Columbia films from as early as the 1930's. At the same time, she began work on her Master of Science in Recording Arts (MSRA) degree at the University of Colorado Denver.

She earned her MSRA degree in 2003 with a thesis titled, “Music Video Verite”, a pioneering work in recording mulititrack audio alongside performances filmed in multiple locations and edited together as one seamless performance. Shortly afterwards, she accepted a tenure-track position at CU Denver and is now an Associate Professor of Recording Arts.

Leslie has been involved in research with Dolby Laboratories in San Fransisco and Gates Planetarium in Denver. She continues to do freelance work, and is currently exploring ways to improve the audio experience as a whole. In 2011 she was granted a Fulbright award to research Blu-Ray audio at the University of York in York, England.