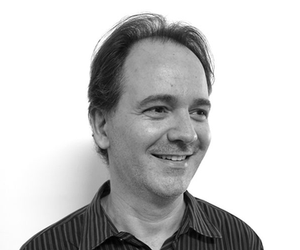 WSDG Partner/Director of Design, Renato Cipriano graduated as a Civil Engineer from the University of FUMEC in Belo Horizonte, Brazil in 1994 and is also a graduate from The Recording Workshop, Ohio (1992) and Full Sail Center for the Recording Arts, Orlando, USA (1999). Renato worked with construction design and project planning for 6 years at Andrade Gutierrez, one of Brazil’s largest heavy construction companies. In early 2000, he opened the WSDG office in Brazil and is responsible for the acoustical and architectural supervision for the projects in that country. As an audio engineer he has worked on various projects including albums by Skank, Brazil’s most popular rock band. WSDG also designed the group’s world class recording facility. Most recently, Renato has been teaching Basic Acoustics at, IAV in São Paulo, Brazil’s top audio school. A multi-Grammy award nominee, In 2004 Renato won the Latin Grammy for engineering “Best Brazilian Rock Album”.

Sep 29: PSE6: Living the Dream: Project Studios at Both Ends of the Spectrum. Why We Still Want Them and WHY We Still Need Them (Presenter)