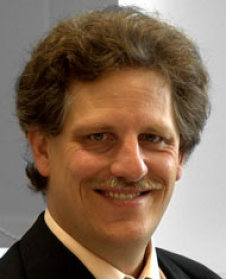 Dr.-Ing. Thomas Sporer earned a M.Sc. in computer science (Diplom-Informatiker) from the Universität Erlangen-Nürnberg in 1988 and received his Ph.D. in electrical engineering in 1998. From 1988 to 1989 he worked at the Fraunhofer Institut für Integrierte Schaltungen in Erlangen in the audio research group on the perceptual audio coding schemes OCF, ATRAC and mp3. In 1989 he returned to the university where he was working in the department of electrical engineering as a research and teaching assistant, continuing to support the development of mp3 and AAC, but mainly focusing on perceptual measurement (OASE, PEAQ). In June 1997 he returned to the Fraunhofer Institut in Erlangen. During that time his main research topics had been audio coding (LD-AAC), techniques for the protection of multimedia data like scrambling and watermarking, and audio quality assessment (PEAQ). In 2000 he moved to a newly founded Fraunhofer group in Ilmenau/Thüringen, which became the Fraunhofer Institute for Digital Mediatechnology IDMT in 2004. Currently he is vice-director of Fraunhofer IDMT. His current research topics are subjective and objective evaluation of audio, spatial audio and noise. Since 1999 he teaches at the Technical University of Ilmenau and since 2010 he is also professor at the University of the Arts Berlin.
Thomas Sporer authored and co-authored numerous papers on perceptual audio coding, filter-banks, psychoacoustics, spatial audio, and quality assessment. He was involved in the standardization efforts for perceptual audio measurement in ITU-R TG10/4 and EBU B/AIM. He was vice-chair of ITU-R WP6Q (old structure) and currently is Rapporteur on audio quality assessment in ITU-R WP6C, member of ITU-R WP6B, SMPTE DC28, IEC TC100/TA11 and MPEG-H (workitem: 3D-Audio). He was coordinator of the European project CARROUSO and involved in the projects SHAPES and EDCine. He was leader of the WP8 (evaluation) in the core technology cluster of the German project THESEUS and leader of the WP3 (Audio/Visual Processing) in the European project DIOMEDES aiming to combine 3D video and 3D audio creating a unique perception of immersion.

Within the AES community he is VP Central Europe, in the committee of the Central German section of AES, co-chair of the TC on Perception and Subjective Evaluation of Audio Signals, vice-chair of TC on Network Audio Systems and associate technical editor of the JAES.
He is member of AES, ASA and SMPTE, and active in standardisation in ITU-R and MPEG.