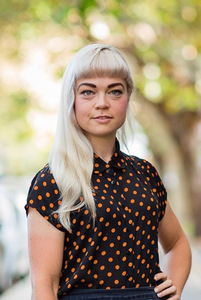 Sally-anne Kellaway is the Senior Audio Designer for Zero Latency, a Melbourne-based VR developer that hosts free-roam room scale VR games for 6+ players, with additional sites opening in Japan and in unannounced locations worldwide. She also works closely with the Industry-standard Audio Middleware solution FMOD, is the Sound Supervisor for the 360 Uku VR Documentary series, and is a seasoned speaker at major Game Development conferences worldwide. Sally is also the co-chair of the IGDA Special Interest Group for Virtual, Augmented and Mixed Realities, and speaks at conferences worldwide about the role of Audio in Virtual Reality. Sally has worked for SEGA Studios Australia and has completed a Masters in Design Science with a specialisation in Audio and Acoustics, marrying industry and academic knowledge of Psychoacoustics to bring premium immersive audio technology to VR.