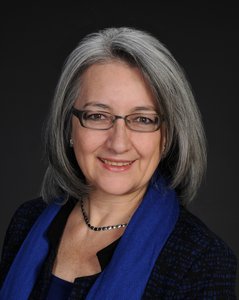 Martha de Francisco is a record producer and recording engineer specializing in Classical music. She is a professor for Sound Recording at McGill University in Montreal.

An internationally acknowledged leader in the field of sound recording and record production, de Francisco has recorded with some of the greatest classical musicians of our time for the major record labels and in the best concert halls. She has credits on hundreds of recordings, mostly for worldwide release, many distinguished with the most prestigious awards.

A graduate from the renowned Tonmeister program at the Musikhochschule Detmold, Germany, de Francisco was one of the pioneers of digital recording and editing in Europe during the 1980s. On staff as producer/engineer/editor with Philips Classics, she developed long lasting working relationships with many prominent artists.

She has recorded in a variety of venues throughout the world, including the Musikverein in Vienna, Carnegie Hall in New York, the Moscow Conservatoire, Bayreuth Festspielhaus, Suntory Hall in Tokyo and the Cathedral of Notre Dame in Paris.

Martha de Francisco is appointed as Associate Professor at the Schulich School of Music of McGill University and a member of the Centre for Interdisciplinary Research in Music Media and Technology CIRMMT. Her research topics include surround-sound techniques, music recording with virtual acoustics, studies on piano brightness and the aesthetics of recorded music. She was the producer/Tonmeister of the acclaimed research and production project “The Virtual Haydn”, an extensive practical study on acoustics and interpretation.

Sep 29: T1: The Art, Study, and Practices of Listening (Presenter)

Sep 30: P15: Perception—Part 1
Can We Hear The Difference? Testing the Audibility of Artifacts in High Bit Rate MP3 Audio (Author)