Most of the fundamental papers on ribbon microphones won't be found in the AES library, since the AES didn't exist until 1948 when the ribbon microphone was a mature technology. You'll have to look in the JASA and the BSTJ for them. But, even so, there has been a remarkable amount of work done since then. 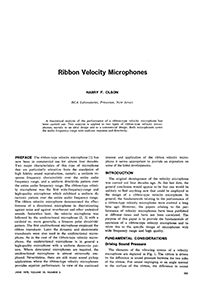 Harry Olson's fundamental analysis of the physics of an open ribbon microphone. Although parts of this analysis appear in Mr. Olson's work going back to the thirties, this paper draws all of them together into one whole. 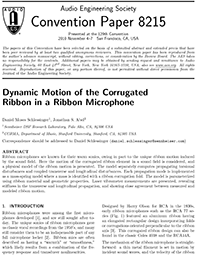 In 2010, engineers from the CCRMA and the Sennheiser DSP Research Laboratory measured ribbon motion with laser vibrometers, permitting direct verification of Olson's model and extending it into additional dimensions by elucidating motions other than simple longitudinal waves. 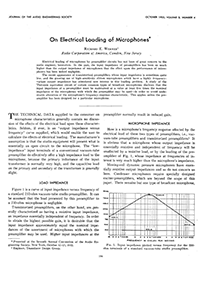 In 1956, Richard Werner from RCA performs the first analysis on how electrical loading of the microphone affects the mechanical damping of the ribbon and how the ribbon can be controlled by the transformer design and preamplifier load. 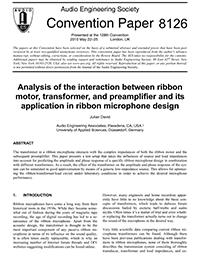 Analysis of the Interaction between Ribbon Motor, Transformer, and Preamplifier and Its Application in Ribbon Microphone Design
Paper 8126; AES Convention 128; May 2010
David, Julian 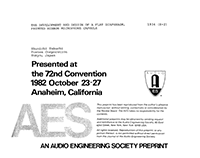