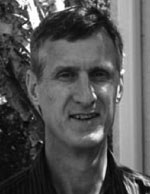 Our Board of Tellers recently announced the results of the AES election, and we can now welcome our new 2009-2010 officers: