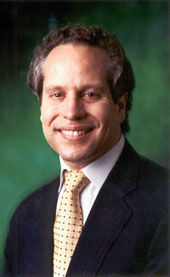 NYU's Steinhardt School of Culture, Education and Human Development Department of Music and Performing Arts Professions: At 7500 + sq. ft. this recording studio/teaching complex currently under construction near Washington Sq. Park will be one of the largest and most technically advanced audio teaching facilities in the U.S.  With studio design & acoustics created by the Walters Storyk Design Group, this 10.2 surround complex features oversized control and live rooms, a large iso/drum booth, natural light from multiple windows, and line of site through the entire studio. Construction will be nearing completion at the time of this tour. This will afford attendees a rare opportunity to view architectural and acoustic design elements which will soon be hidden. The tour will be guided by John Storyk and David Kotch.

Thomas Edison National Historical Park:  For over forty years, Thomas Edison's laboratory in West Orange, New Jersey produced an ongoing series of revolutionary innovations. In addition to the motion picture camera, silent and sound movies and the nickel-iron alkaline electric storage battery, Edison applied his genius to vastly improving phonographs and sound recordings.  His laboratory and Glenmont, his recently renovated residence, will provide an unforgettable perspective on the life and working environment of one of the world’s most influential inventors.

AT&T GNOC: AT&T’s Global Network Operations Center (GNOC) will provide deep insights into the process of distributing voice and data communications around the world.  Opened in Bedminster, NJ in 1999, the complex continues to serve as the nerve center of AT&T's telecommunications network.

DuArt:  Founded in 1922, DuArt is one of the world’s best-known film and video processing companies, recognized for pristine film processing, precisely timed dailies, color correction and Hi-Def film-to-tape transfers.  This tour will provide insights into the highest level of film post production services.

Industrial Acoustics Company:  This Bronx-based firm is a major player in the design and construction of Acoustic Walls, ‘Varitone’ Sound Absorption Panels and Acoustic Doors used in many world-class recording studios, schools and universities.   They also manufacture modular radio and TV Studios, recording and video post-production facilities.  After this tour you’ll never take another sound lock for granted.

Sterling Sound:  Since 1969 this legendary studio has mastered thousands of Gold and Platinum albums for artists ranging from Cold Play to Usher and Beyonce, Standing in the shadow of  The High Line, NY’s newest ‘destination neighborhood,’  Sterling Sound features nine studios and mastering suites, and 15 celebrated engineers including one dedicated to vinyl. By constantly challenging accepted standards, collaborating with leading manufacturers and developing proprietary signal processing techniques, Sterling Sound has re-defined the standard for CD mastering.

audioEngine Studio F the ‘Cabin In The Sky’

audioEngine: Since its opening in 2001, the audioEngine complex has earned a reputation as a leader in NY’s audio postproduction market. Providing a full range of creative services to the advertising, broadcast, and film industries, this showplace facility spans two floors and 12,000 square feet. Among the eight mixing rooms and eight unique studio environments (six created by architect/acoustician John Storyk), are the recently completed Studio E which specializes in theatrical mixing, and the Adirondacks-style inspired ‘Cabin In The Sky.’

Photo 1: audioEngine Studio F the ‘Cabin In The Sky’

PLEASE NOTE:  Tickets for Technical Tours are only available on site at the Javits Center.  Anyone interested in participating should visit the Calendar of Events: http://www.aes.org/events/127/calendar/calendar.cfm for dates and times.  Tickets are sold at the Reception Desk in the main lobby well in advance of departure.