Awards Presentation
Please join us as the AES presents Special Awards to those who have made outstanding contributions to the Society in such areas of research, scholarship, and publications, as well as other accomplishments that have contributed to the enhancement of our industry.

The Keynote Speaker for the 147th Convention is Grandmaster Flash. Emerging from the South Bronx in the early 1970s, Grandmaster Flash is inarguably one of Hip Hop’s original innovators. In the earliest days of the genre, he manipulated music by placing his fingers on the vinyl, perfected beat looping, and discovered many of the most iconic beats still commonly sampled today. His influence on how music is created has been profound and it’s no surprise that The New York Times calls him Hip Hop’s first virtuoso. The title of his address is “GRANDMASTER FLASH: EVOLUTION OF THE BEAT.


As the industry moves toward a more immersive environment, hear from these five experts the latest news regarding workflow, standards, and how to get the maximum immersive experience for your tracks.


Now that streaming dominates the music listening landscape, it’s time to revisit what loudness really is and how to manage it. Companies including Apple, YouTube, and Spotify each have their own measurement standards and loudness targets, while today’s production paradigm often lacks a traditional infrastructure of project managers and gatekeepers with technical expertise. Artists and record companies—as they always have—want their songs to sound at least as loud as the ones playing before and after them. The stakes are high. So, what to do?

The truth is, we, the creators, are responsible for understanding all of the issues in the loudness discussion. No one else is going to do it. Join us for this lively and informative conversation with some of the best minds in the business who will shed light on both the current unhappy state of loudness and what creators can do to make it better.


An analysis of the making of the new Sheryl Crow record Threads featuring a star-studded cast of talented artists.

The AES Diversity & Inclusion Committee has been set up to acknowledge, celebrate and encourage diversity within the audio engineering community. This informal meet-and-greet is a fantastic opportunity to schmooze with our committee and to meet one another.


Celebrating the art of the audio collage, the panelists will discuss the production technique that launched a genre. Exploring the process of digging for samples, techniques and tools for composition, and concepts for processing and mixing, this panel will cover all aspects of sample driven production.

SE05 - Show Me the Money: Funding Your Audio Dream


This panel of industry insiders will share their tips on funding your audio passion, whether you’re a student, start up, or an established company wishing to expand. We’ll take you through every scenario: from scholarships and grants, to crowd funding via Kickstarter and other campaigns, and onto raising money through friends and family rounds and more. We’ll demystify venture capital, debt financing, investment banking, and private equity, and we’ll also explore growth through merger and acquisition or IPO. Whether you’re a student, solo audio developer, new or well-established company, this program will guide you through the financing path that best meets your needs. 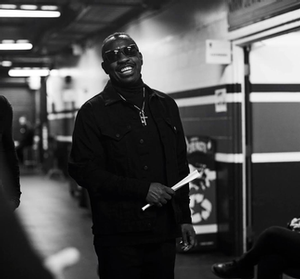 
The title of Steve Jordan's lunchtime keynote is "The Love of Recording."


With a background of dozens of platinum record credits as a musician, artist, songwriter, producer and engineer, Danny Kortchmar sits down to discuss all aspects of making music both creatively and technically. From going to top commercial studios of the world, to building his own home studio to performing on stage with some of the top artists in the world, Kortchmar shares his secrets and experiences, digital and analog, then and now.


Throughout the history of the recorded music industry, masters have burned, been lost in floods, been mislabeled and misfiled, neglected, forgotten, even systematically destroyed to salvage the raw materials. This panel is an opportunity to learn from the past and move the conversation forward, addressing current challenges with long term preservation of audio assets. Beyond rehashing well-established best practices, panelists will discuss barriers to preservation including technical hurdles, cost, long term storage, deteriorating media, maintaining legacy playback equipment, legalities, and the very simple fact that we cannot and will not save everything.


We appear to have now entered the post-television, television era. In a few short years, the entire nature of television distribution and consumption has changed so significantly as to be unrecognizable. Ubiquitous and inexpensive wireless and broadband networking; smart TVs and mobile devices; and massively-scalable cloud computing have created a completely new entertainment distribution system, upending the traditional broadcast model, and changing viewing habits forever. The transition from “hardwired” to “virtualized” distribution has expanded the possibilities for television audio innovation, further raising the bar on ultimate quality of premium viewing experiences, while presenting creative challenges in translating these experiences to an ever-widening range of devices.

The advent of affordable consumer 4K and HDR on smart TVs and other devices has radically transformed the at-home viewing experience. Combined with the story-telling power of premium episodic content and streaming movies, upscale home viewing has supplanted cinema as the ultimate Hollywood entertainment consumption experience. Audio has been front and center in this transition as more and more premium content becomes available in Dolby Atmos immersive surround.

The dramatic resurgence of surround sound, and emerging interest in next-generation enhanced-surround, is built on the ability to virtualize surround presentations over a growing range of devices and environments including increasingly sophisticated immersive-audio-capable soundbars and TV sets, alongside enhanced surround virtualizing headphones, earbuds and mobile devices.

Please join us for a discussion of how the post-television era is re-inventing television sound.

The DTV Audio Group Forum at AES is produced in association with the Sports Video Group and is sponsored by: Brainstorm, Calrec, Dale Pro Audio, Dolby, Lawo, Sanken, Shure

“The rule book for television distribution is being completely re-written. The migration away from traditional broadcasting to IP delivery continues to accelerate the uptake of advanced encoding solutions and sophisticated audio services. This transition creates new challenges in providing quality and consistency across an ever-widening range of devices and environments. Please join the DTVAG for a discussion of these and other important television audio issues.” 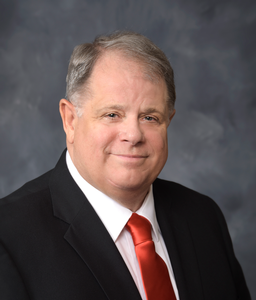 Psychoacoustics Applied to Dynamic-Range and Nonlinear-Distortion Assessment
The psychoacoustics of noise detection, measurements of noise in the digital-audio recording storage reproduction chain, and measurements of peak-acoustic pressures in music performances are combined to determine the requirements for noise-free reproduction of music. It is found that the required ratio between the maximum reproduction levels and the perceived audibility of noise can be as much as 124 decibels. When more practical circumstances are considered, this requirement is shown to drop to more feasible values. Next, the concept of auditory masking is introduced to allow for the assessment of nonlinear distortions in digital-audio conversion systems operating at low signal levels and then several examples of digital-audio conversion systems are examined. Finally, an expanded use of masking and a model to calculate a total nonlinear-distortion audibility number are used to determine the audibility of nonlinear distortions in headphones when driven by sine-wave signals at or below 500 Hz. Examples of headphone distortion assessment are examined and extension of this measurement technique to low-frequency loudspeaker evaluation is also discussed.


African Americans have contributed to the popular music recording industry in a number of ways, and although their achievements are visible, their representation at technical conferences and on the exhibit floor is less so. Join our panel of renowned engineers, performers, and educators for a discussion on how African Americans have been blazing trails behind the scenes in the recording industry and how we can best engage and welcome them to access the social and scholarly networks that have benefited us. Topics include a technological pedagogy for hip-hop education and dispelling the stereotype that African-American engineers are only able to work in “Black Music” genres.


Hear from top recording engineers and producers techniques they use from analog to digital and how they connect the dots of the past, present, and future of creative technology—how we transaction into Pro Tools. This panel will feature Chris Lord-Alge, Tom Lord-Alge, and others to be announced.


Inspiring and Educating the Next Generation of Producers, Engineers, Creators

The world of audio education is changing. For the modern audio student, the “traditional” curriculum is not enough to compete in today’s music industry. Larrance Dopson (GRAMMY Award-winning producer/instrumentalist and CEO of the 1500 or Nothin’ production/songwriting collective), along with GRAMMY Award-winning producer and songwriter IZ Avila (half of The Avila Brothers), discuss what it takes to make it in today’s fast-paced music production world, and how these new needs have led some music educators and mentors to evolve their approaches to prepare their students for what they’ll encounter out in the real world, while inspiring and motivating these students to create their own opportunities.


This Panel gathers every year a selected group of Latin producers and engineers that will present their multi-Grammy Award-winning work and explain in detail how they deal with the ever growing Latin recording industry.

SE12 - The Past Present and Future of the Legendary Quad Building


A panel moderated by producer/educator Prince Charles Alexander examines the history and current success of this great epicenter of music production. 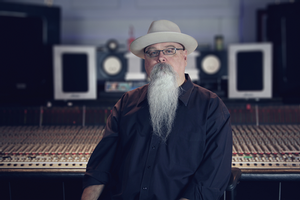 
Grammy Award winning mix engineer Vance Powell shares the inside stories on the making of The Raconteurs #1 album "Help Me Stranger" lead by Jack White, released through Third Man Records.