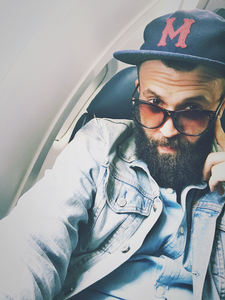 Jesse was the Executive Producer of "Bob Dylan In The 80s: Volume One," a tribute album to Bob Dylan’s overlooked 1980s catalog, featuring Slash, Built To Spill, Gene Ween, Glen Hansard, Reggie Watts, Lucius, members of My Morning Jacket, among others.

Jesse was the producer of "Sincerely, L. Cohen: A Live Celebration of Leonard Cohen," a tribute concert that took place in Brooklyn after the passing of Leonard Cohen. The lineup featured Richard Thompson, Josh Ritter, Amy Helm, Lee Ranaldo (Sonic Youth), Will Sheff (Okkervil River), Delicate Steve, among others. A live album of the concert was released shortly thereafter.

Aside from his production work, you can catch Jesse "spinning" his favorite brands of funk, country-rock, soul, reggae, and classic rock, at festivals like Bonnaroo & Outside Lands and venues like the Brooklyn Bowl. Jesse works out of several recording studios across the US and primarily mixes in his apartment in Upper Manhattan.